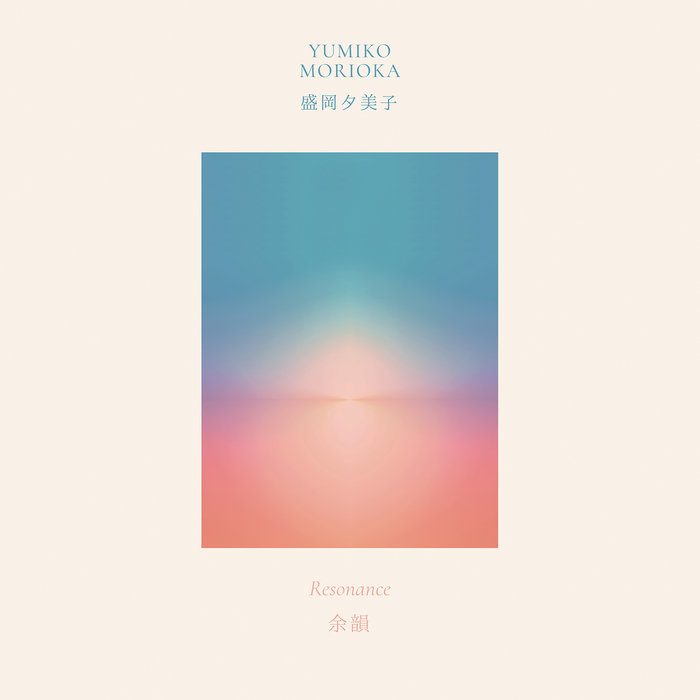 JM Beautiful relaxing album. Really needs yet another vinyl pressing. Or so I’d wish. I missed out on getting a copy. But fortunately I have a digital copy. Great album.

David Orr I love to cook while listening to this graceful and lovely album. Thank you, Yumiko! Favorite track: Moon Ring.
more...

Japanese pianist Yumiko Morioka initially released Resonance, her first and only solo recording, on Akira Ito's ‘Green & Water’ imprint in 1987. Whilst by no means a commercial failure, the album was mostly found in the background of Japanese TV documentaries, maternity clinics and healing shops before drifting into relative obscurity.

By 1994, Morioka had relocated to America and her solo music career had given way to the joys of starting a family and her new life in California. It was, and still is, a shock for her to learn that Resonance had gained the attention of a new audience outside of Japan through blog posts and YouTube album uploads.

After hearing Resonance for the first time ourselves back in early 2017, we tried for months to track Morioka down about a reissue. This news reached her at a particularly trying time in her life following the devastating loss of her home in the 2017 California wildfires.

Her home had recently been razed, destroying all of her possessions, musical equipment, scores and recordings. Morioka was lucky to escape with her life; her quick thinking neighbour raised the alarm in the middle of the night giving her just enough time to escape safely before then tragically watching her home burn to the ground.

In the aftermath, Morioka returned to Japan in an attempt to rebuild her life. She found work writing music for commercial projects and pop acts before recently opening her own chocolate shop in the Jiyugaoka neighbourhood of Tokyo - back where it all began.

A lifelong student of the piano, Morioka was born in Tokyo in 1956. A child prodigy, she took up the instrument under her mother’s tutelage at just three years old and by her teens she had won multiple piano scholarships. Her talent was so obvious that she was invited to train in America, eventually graduating from the San Francisco Conservatory of Music with a piano major during John Adams’ reign as head of composition.

After graduation, Morioka returned to Japan but struggled to find her place musically, working mostly on commercial songwriting assignments. Frustrated, and at times embarrassed by her musical output, she turned to the works of Brian Eno and the surroundings of her coastal home in the Izu Peninsula south of Tokyo for inspiration. It was here that she began to work on the compositions that would eventually become Resonance.

Recorded on a Bösendorfer grand piano, much of Resonance was made in an attempt to soothe her creative soul. Constructed from unwritten improvisations with additional instrumentation added later, Resonance explores the space between notes. As such, it's a record that feels open and inviting, permeated throughout with a sense of confident serenity.

The sparse, delicately played notes are allowed to reverberate and echo through the spaces between themselves, giving each track a feeling of both grandeur and intimacy. Like the great pioneers of classical and ambient music, there's a timelessness to Resonance - a comforting, familiar feeling, as if these melodies have always existed.

Resonance drew influence from the popular environmental music culture prevalent in Japan during the late 80s, but it was also heavily inspired by Western musicians such as the avant-garde Parisian composer Erik Satie. Listening today, it still feels fresh and pertinent; a warm, contemplative reflection of a travelled woman.

Special thanks to Jessica Goodchild, Charlie Heywood and George Clift.