Music for Baths [Vol. I] 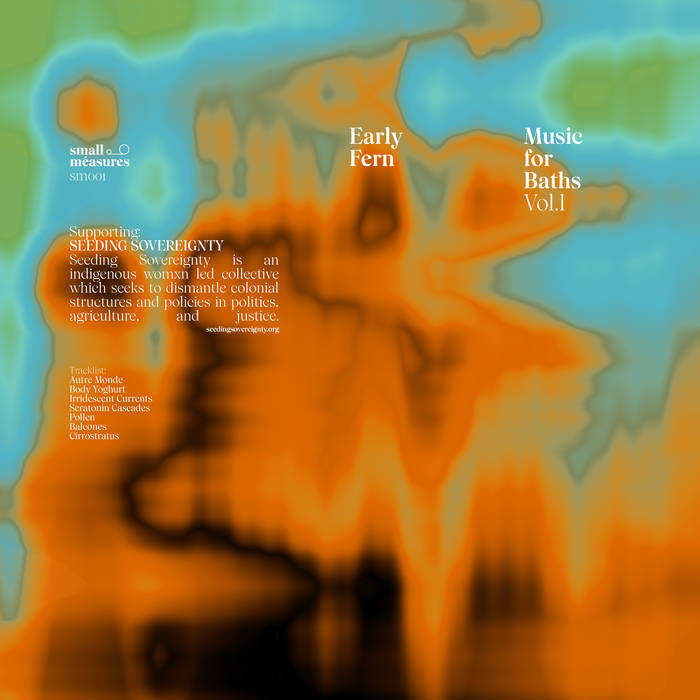 Music for Baths Vol. I is the debut album from former Georgia resident Early Fern, and the inaugural release from new Métron Records project/sub-label small méasures - which aims to donate funds to organisations and causes of the artists choosing.

Having recently quit their full time job and begun seasonal work on organic farms, Early Fern began a process of reconnection in their own life. Taking the plunge to move away from the stresses of 9 to 5, along with the depression and anxiety engendered by participation in that lifestyle, they began to find a new grounding in remote farm-stays in Florida, Texas, and New Mexico. It was during this process that Early began recording music that mirrors their attempts to become more calm, more present, and more connected to their natural surroundings. It was in these sessions that Music for Baths was recorded.

Baths are a place where people have historically visited to find restoration, both mentally and physically, whilst soaking in the tranquility of water. It thus seemed appropriate that this record be an homage to those moments of calm, and to the process of healing. Indeed we can confirm that these tracks are a fantastic accompaniment to a soothing bath.

Early wanted to use the profits from this release to support an organisation close to their heart. Seeding Sovereignty is an indigenous womxn led collective which seeks to dismantle colonial structures and policies in politics, agriculture, and justice. These songs were recorded on colonised land, and by donating to them Early seeks to undo some of the harm of colonial structures and, in a small way, offset some of the privilege from which they benefit in a colonised nation.

Early Fern would like to thank Oma, Julia, Warring, Amy, Corey, Caroline, Trevor, Katie, Oliver, and Vieve for variously spending time with me, hosting me, feeding me, and listening to my music when I needed someone else's ears.